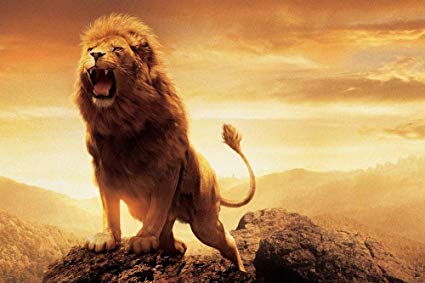 I couldn’t sleep last night- for the last couple of nights actually….tossed and turned, tossed and turned again till I knew that I had to get to my knees to listen to the One who gives sleep, ‘cos he evidently had something to say.

Growing up in a culture of rich traditions and extremely conventional ways, we are usually expected , as we grow up, to conform to a particular way of being-  if we’re growing up in a particular locality, we  go to a particular school, we usually end up following the very same footsteps of other older ‘daddy’s friend’s kids’, we may attend the same college for undergrad, we mostly even play the same kind of sports most other campus kids play and learn the same musical instruments as well and so on and so forth- so if your parents are teachers, it’s only right that you become a teacher, if your parents are doctors, even if you faint at the sight of blood, you’re still becoming a doctor and things like that. The same can be applied on a broader spectrum to cultures and customs that we are taught to follow, whether we agree to them or not.  “All girls should be married off by 26 years of age”;  “you shouldn’t be waiting so long to get into a PG”; Settle down baba, that is what we expect of you”…. and so on and so forth.( I’m sure you’ve already quoted your own personal favourites in your head as you read this).

And any deviation from the norm, and you’re deemed a wild child- why does he/she want to do anything different? What’s wrong with her? He wants to work in rural places! Is he mad? She’s pursuing singing! Is music even a career?!

So, wild child reading this, when was the last time you burned to do something different, make an unconventional choice , and then held yourself back and decided to forget it altogether because society might not agree?

Those were pretty much the lines along which I was thinking as I lay awake.  From the day I chose to follow Jesus, my journey has been unconventional, a roller coaster ride. But somewhere down the line, I had started ‘maturing’- in terms of weighing the will of God against what would the society (that includes my parents, friends, colleagues and the random aunty who walks into your house to give an opinion about how you should live your life) think and were hesitating to pick up that cross and follow.

And that night..I was led to look through the Bible- and what I saw was a whole bunch of ‘losers’ that God used for His glory- unconventional people who made crazy crazy choices, simply because He asked them to. You’ll see it as well- all the way from an old man who decided to build a huge ark even when he’d never seen rain in his entire lifetime, to another madman who left his entire lifetime of savings and his hometown behind to go to a land he’d never seen, known or heard of before, from the shepherd boy who thought he could bring down a giant with a pebble, to the well educated respected Jewish dude who decided to leave all that behind to preach the good news to a people whom his society would’ve considered outcasts , its there all through the Bible- every single one of them- did absolutely mind boggling crazy things, they were wild, but they loved strong and they lived a full life.

So the question that He laid upon my heart that night was- Do you want to be safe, or do you want to follow Me?

“Aslan is a lion- the Lion, the great Lion.” “Ooh” said Susan. “I’d thought he was a man. Is he-quite safe? I shall feel rather nervous about meeting a lion”…”Safe?” said Mr Beaver …”Who said anything about safe? ‘Course he isn’t safe. But he’s good. He’s the King, I tell you.”

― C.S. Lewis, The Lion, the Witch and the Wardrobe

And as for me, I choose to follow the King.  As the words of one of my favourite songs go, and  I ask you too: